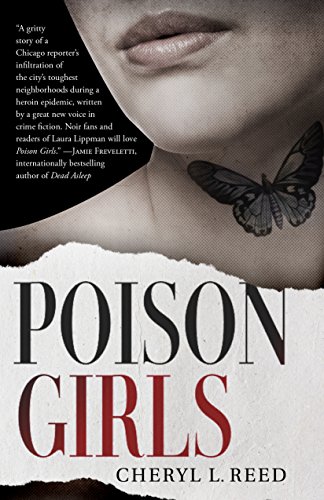 Cheryl L. Reed’s Poison Girls is a gripping tale that often reads like creative nonfiction. And for good reason. Reed drew the story from her own experiences covering a group of young girls using crack cocaine in Dayton in the 1990’s.

Poison Girls is set in the Chicago South Side in 2008 where teenage girls are dying from fentanyl-laced heroin which is called “poison”.  An ambitious crime reporter named Natalie is determined to get to the bottom of the deaths. She navigates the world where affluent teens and hardened drug-dealers coexist, and gets too close to a teenage girl who awakens Natalie’s maternal instincts.

The story is woven together with intricate threads of politics, racism, religion, and classism, all set against the backdrop of the shrinking newspaper industry. Natalie risks her career, freedom, and even her life to get to the bottom of the epidemic. And the longer it takes, the higher the body count.

Poison Girls is a captivating thriller, and a great reminder that journalists are often on the front lines of society’s problems when most of us stay away and still feel justified in forming judgments.