I couldn’t get any work done yesterday because my nerves were freaking shot. So it seemed like a great day to watch an old movie. PRETTY IN PINK was meant to be next, but I saw a meme on FB that featured a photo of Winona Ryder at the end of HEATHERS (post explosion, smoking a cigarette and covered in soot) as “voting in 2018” and it felt like a sign.

Mean girls in high school. *sigh* It wasn’t a tired premise in 1988. Or maybe it was and I was too young to notice. But it certainly feels tired now. Veronica Sawyer (Winona Ryder) has compromised her ethics to become part of the most popular clique in school. Heather Chandler (one of three Heathers and the leader of the group) takes Veronica to a college party to see if she’s good enough to hang in their clique. Veronica pukes on Heather’s shoes, so Heather vows to socially ruin her.

Jason “JD” Dean (Christian Slater as Jack Nicholson) is the new kid in school. He’s a sexy rebel with a Zippo and a gun. He and Veronica play strip-croquet after her disastrous night at the party. 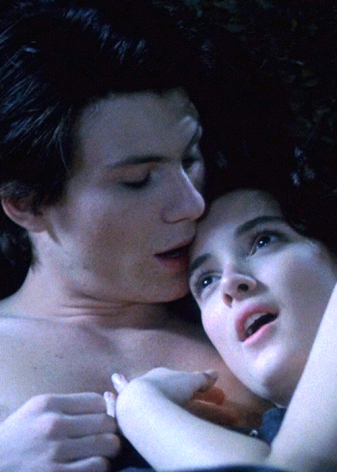 Then Veronica and JD go on a murdering spree, though Veronica is a reluctant accomplice. Perhaps even an unwitting accomplice, but she’s supposed to be intelligent so that doesn’t really make all that much sense because it’s really easy for JD to repeatedly trick her. They make all of the murders look like suicides. Veronica has a special talent for forging handwriting, so it’s simple to write suicide notes. And to their credit, they only murder jerks.

I watched this movie with my friend Kristen 412 times in junior high. We could recite the entire thing and did recite it often. Perhaps too often, though that is subjective. I was really excited to revisit this film.

This is one of my favorite Wynona Ryder performances, second only to Joyce in STRANGER THINGS.

HEATHERS introduced one of the best lines in movie history: “What’s your damage, Heather?” Honestly it’s full of brilliant quips.

Veronica wears a monocle when she writes in her journal. Maybe because I lived in Arkansas, I don’t remember that being the fashion. Blazers with shoulder pads, sure. But not monocles.  There are a lot of pretty adorable skirt and tights combinations as well as cute shoes. Geez, did you guys dress like junior executives in high school? I did, but mostly because I had an after-school job at a bank. When my daughter puts on her sweat pants every day, it takes everything I have not to say, “in my day, we wore dresses to school and we liked it!”

The background music is synthesizer-tastic. The shoulder pads are the size of throw pillows. And the hair is so stiff it seems to have rigor mortis.

The popular jock boys gay-bash a boy because he’s a “geek”. There’s also a scene where Veronica and JD are setting up the jock boys to look like homosexuals, and JD chooses things like a candy dish and mineral water to help with framing them. I guess it’s not technically hateful, but certainly inaccurate. And after the boys are dead, their parents accept their faux homosexuality in an emotional breakthrough which is a nice surprise for 1988.

Throughout the film, the Heathers are awful to an overweight girl. I don’t know if teens are still like that. I really hope they aren’t. And the “suicide epidemic” has done seemingly nothing to make most of these kids kinder to one another. The exception being Veronica, who knows that the deaths weren’t caused by suicide.

I enjoyed this movie a lot more before I knew how much high school really sucked. Now it kind of aggravates my PTSD. I don’t like reminders of the days of frenemies. I hate that most girls fight over stupid shit like boys and popularity. I hate that a lot women don’t learn to stick together until they’re older, and some of us not even then.

This movie held up better in the days before MEAN GIRLS. It’s tough not to draw comparisons, and MEAN GIRLS is the more solid of the two. Mainly because of the three Heathers, only Heather McNamara reveals genuine vulnerability. And all three Plastics have softer sides that give us some clues to their motivations. 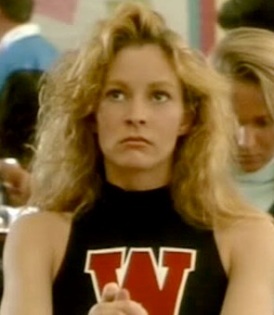 Strange fact: One of the most famous lines from Heather Chandler (Kim Walker) was “Did you have a brain tumor for breakfast?” Kim Walker died of a brain tumor in 2001 at the age of 32. 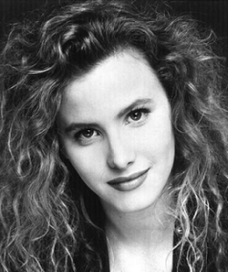 I really wanted HEATHERS to hold up.  The dialogue is clever, and the plot is engaging though flawed. But it sort of glamorizes popularity through malice as a powerful tool. And the popular girls use their bodies as social currency. I’m not adding it to the list of movies that I want to watch with my kids in a few years.

Does it hold up? I’m going with no on this one. But I will preserve it fondly in my memory as time spent with my friend Kristen.