I usually only binge-watch shows that I can use as background noise. You know what I mean. Those shows that we love but don’t require our full attention.

A friend recently recommended the HBO miniseries The Night Of to me, and I went into it with the attitude that it would be a background-binge while I went about my day. Instead, my productivity plummeted this week. But I regret nothing.

The Night Of is about a young Muslim man named Nasir (Riz Ahmed) who meets a beautiful young woman named Andrea (Sofia Black-D’Elia) one night in New York City. They go back to her place, do some drugs, and have sex. When he wakes up from what had started as the best night of his young life, he finds the Andrea stabbed to death in her bed.

The first episode is tough to watch. You know that Nasir is in for a really bad time, and every step he takes that leads to his arrest makes the viewer cringe. 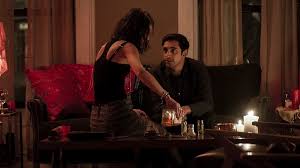 A bottom-feeding attorney named John Stone, played by the brilliant John Turturro, takes on his case. Stone has chronic eczema and a real desire to do right by Nasir and his family. James Gadolfini was originally cast in this role, but passed away before filming began. I’m certain he would have been proud of Turturro’s performance.

We watch Nasir transform from a boy to a man over the eight episodes. Yet it is no way a coming-of-age story. It is a testament to the maturing effects of trauma, and what that rapid process takes from a young person.

Nasir the son of Pakistani immigrants, and the struggle of his family to deal with the consequences of his arrest is a constant undercurrent. As well as the tensions toward Muslims in post-9/11 New York City.

But the most prominent struggles are of John Stone, who is convinced his client is innocent and goes to perilous lengths to find the truth, and of Nasir, who must learn how to survive in Rikers Penitentiary while awaiting trial.

In a series that is packed with amazing performances, my favorite scenes were those with inmate Freddy Knight (Michael Kenneth Williams). As he did as Omar in The Wire, he commands every scene he’s in. Freddy takes Nasir under his wing in Rikers, helping him navigate the system while offering him protection. The protection, of course, doesn’t come for free. 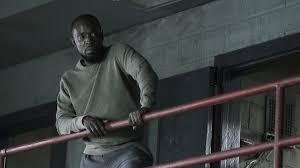 The Night Of is a miniseries that will stick with you long after the last episode. If you’re a writer, you’ll also have that gnawing in your gut that pushes you to try harder. If there were more shows that were this well-written and perfectly-executed, I’d never get anything done.